What Is Erythritol and Why Do We Use it?

Erythritol, a polyol (sugar alcohol), is currently used as a bulk sweetener in reduced calorie foods. It occurs naturally in fruits such as pears, melons and grapes, as well as foods such as mushrooms and fermentation-derived foods such as wine, soy sauce and cheese. Since 1990, erythritol has been commercially produced and added to foods and beverages to provide sweetness, as well as enhance their taste and texture. Erythritol is available in the U.S. and globally.

Erythritol is a white crystalline powder with a clean sweet taste that is similar to sucrose. It is approximately 70% as sweet as sucrose and flows easily due to its non-hygroscopic character. Like other polyols, erythritol does not promote tooth decay and is safe for people with diabetes. However, erythritol’s caloric value of zero calories per gram and high digestive tolerance distinguishes it from other polyols. Because erythritol is rapidly absorbed in the small intestine and rapidly eliminated by the body within 24 hours, laxative side effects sometimes associated with excessive polyol consumption are unlikely when consuming erythritol containing foods.

The safety of erythritol as a food ingredient under conditions of its intended use is substantiated by a number of human and animal safety studies, including short and long term feeding, multi-generation reproduction and teratology studies.  The WHO/FAO Joint Expert Committee on Food Additives (JECFA) reviewed the safety of erythritol in 1999 and established an ADI of “not specified,” the highest safety category possible.

Erythritol has been used in Japan since 1990 in candies, chocolates, soft drinks, chewing gums, yogurts, fillings, cookie coatings, jellies, jams and sugar substitutes. Petitions have been submitted to additional governmental agencies throughout the world to expand the use of erythritol. It has already been approved for use in foods in more than 50 countries, including Canada, US, Brazil, Mexico, Australia, and the European Union. (More information about thePLoS ONE study.)

Erythritol blends well with other polyols and flavors and can mask off-flavors such as bitterness sometimes associated with other low-calorie sweeteners. Erythritol is synergistic with low-calorie sweeteners such as aspartame and acesulfame potassium, resulting in a sweetener combination which is sweeter than the sum of the individual components and with an improved taste profile with superior taste, economic and stability advantages. 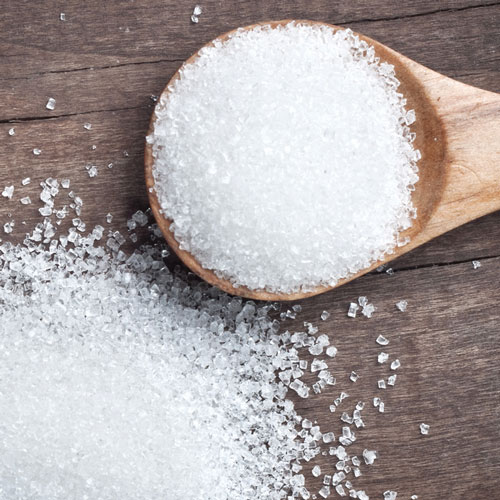 Perfect Your Profits - Request A Sample Pack
Scroll to top